The modernization of New Brunswick’s local governance system reached a significant milestone with the release of the government’s white paper: Working together for vibrant and sustainable communities.

Local governance is all about community: where we live, work, recreate, and where our kids go to school. It is at its simplest the closest level of decision making to our homes and businesses. We embarked upon local governance reform more than a year ago and thanks to many insightful ideas and input from the public, we’re making it a reality. Although our plan is contained in the pages that follow, there is much work ahead to implement the numerous actions. Our goal: we want vibrant and sustainable communities that work together to enhance the quality of life for all New Brunswickers.

Our approach is ambitious, but we are confident that it will collectively lead to a better province in terms of maintaining and improving services, acting on local and regional priorities, and taking advantage of economic development opportunities. This reform is about the future of our province. Few people dispute the need for reform – although some may disagree with some of the decisions we’ve made. That’s to be expected. Embarking upon change doesn’t come without trepidation and concern. That’s inevitable when you’re looking at modernizing something that has existed for decades.

There are two categories of restructuring projects that can be assigned to Transition Facilitators:

The transition for remaining local service districts to new rural districts will be the responsibility of the Department of Environment and Local Government.

The Transition Facilitator’s primary purpose is to work alongside new local governments and RSCs in their transition phase. To achieve this, they will need to inspire and motivate change, as well as lead tactical initiatives such as:

Generally, Transition Facilitators will specialise in either local government or RSC initiatives, to leverage expertise and create synergy between projects in different regions of the province.

At the regional level, transition facilitators will support RSCs as they coordinate linkages between the regional service commissions, provincial government departments, and regional stakeholders in areas pertaining to the expanded mandate of the commissions.

In all restructuring projects, it will be vital to build upon successful existing programs and assets in each local government and region.

The local governance structure will be improved, and strengthened through changes and actions that include:

Local circumstances vary across regions; therefore, the scope and type of restructuring presented in the white paper are not reflective of a “one-size-fits-all” approach, a concern which was consistently noted throughout the public engagement sessions. The boundary changes outlined in the white paper are based on a combination of the following types of restructuring: 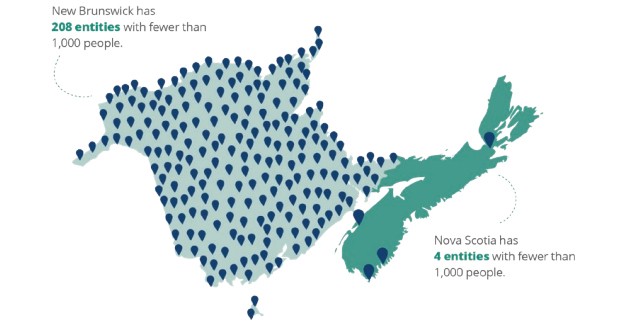 Pillar One QA Video with Minister

Collaboration within regions is key to the reform outlined within the white paper, especially given the changes to structure. A forum where all entities can share experiences, establish priorities and take advantage of mutual opportunities contributes to increased capacity and growth for the whole region.

Regional collaboration will be improved, and regional service commissions will be strengthened through a combination of interdependent changes and actions that include:

Restructuring of the regional service commissions will be led and supported by provincial government through appointed transition facilitators. 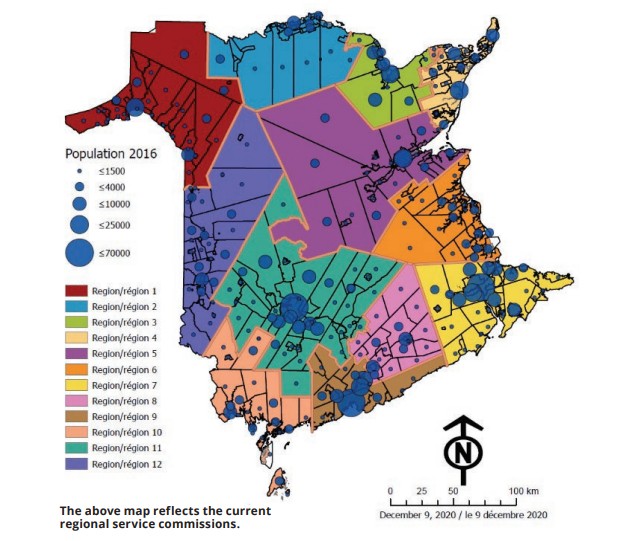 Progress has been made in recent years to promote well planned and sustainable development, but many challenges remain. Some communities do not have a land use plan in place which can lead to conflicts. Siting of natural resource development activities such as quarries continues to cause concern, existing and potential agricultural lands continue to be transformed into residential and commercial developments, sprawl continues on the boundaries of service centres, and the delivery of planning and development services varies widely across the province and within regions.

The provincial government will undertake several changes to improve land use planning and promote more responsible and managed development, including: 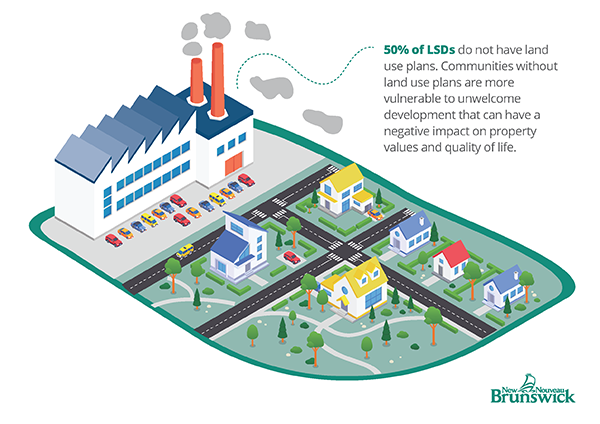 Any reform to local governance must include a review of and adjustments to how the system will be financed. New Brunswickers want to pay for a system that provides a level of service that is fair, and they want to have input in to what they pay for. The following changes have been brought forward in the context of the existing local governance system, recognizing that not all challenges with the current property tax structure have been addressed. Additional taxation reform would be best re-examined once the restructuring and regional collaboration efforts are underway.

The government also understands the importance of improving the use of technology and information sharing to make the system simpler and clearer. Further work will take place to determine the information and data needs of the various partners involved.

Changes to local governance financing will address the following: 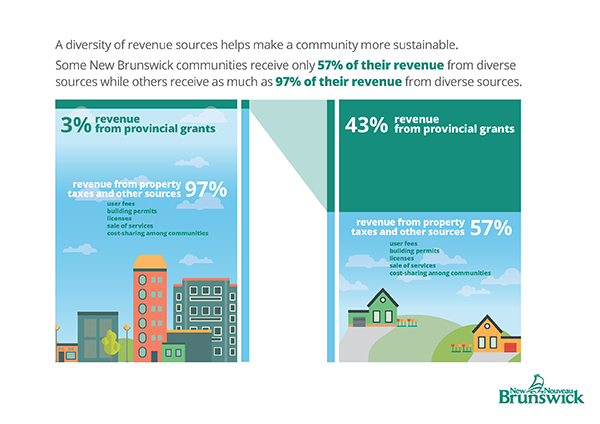